Terina Nie is an associate. She holds a bachelor’s degree in international economic law from the East China University of Political Science and Law in Shanghai (China) and a master’s degree in international trade and commercial law from the Durham University, in the UK. Terina passed the China Bar examination in 2018. Prior to joining DaWo Law Firm, Terina worked as legal intern for large Chinese law firms and for De Wolf Law Firm Shanghai.
Discover all our legal practices

In the previous article, we had a basic introduction of the definition of false advertisements, and discussed a case of false (illegal) advertisement claiming that an ordinary product had functionality related to the prevention of Covid-19.

In this article, we will explore two other different types of false advertisements, which are also some common mistakes may be committed by advertisement publishers.

According to Article 9 of the Advertisement Law, advertisements shall not use “state-level”, “the highest-grade”, “the best” or other similar words.

1)Common absolute terms
This provision only gives a non-exhaustive list of such “absolute” wordings. Some other frequently-used “absolute” wordings are, for example, the greatest, the favorite, the cheapest, the most advanced, the latest technology, the first, No. 1, the world-level, etc.

To illustrate, in the picture below, this shop indicates that it is selling the best Baozi in this area, which is of course cannot be objectively proven and is therefore considered false information. This slogan was required to be changed by the local administration for market regulation (“AMR”), the authority in charge of advertisement supervision. 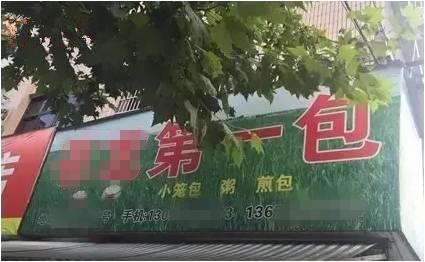 2)Absolute time limit
In addition to those typical “absolute” wordings, you should also be careful about using terms regarding time limit .

In a recent case involving a Tencent app, its advertisement indicated that the app would reward those who newly downloaded the app, and that the rewarded could be withdrawn “immediately”. In fact, around 6 RMB was rewarded to those new users, but only 0.88 RMB can be withdrawn on the day the app was downloaded. The remainder could only be withdrawn after 6 days. This is obviously inconsistent with the description of “immediately”. Hence, this Tencent advertisement was punished by the local AMR.

In addition to such absolute time description, please also note that for a time-limited promotion, the specific promotion periods must be indicated. Only indicating “buy one get one free for a limited period” will be treated as suspected false promotion. Instead, the advertisement should be, for example, “buy one get one free from January 1-3”.

According to Article 11 of the Advertisement Law, where administrative licensing is involved in the content of an advertisement, such content shall conform to the requirements of the license.

Moreover, the Advertisement Law specifically places emphasis on patent right related information. According to Article 12, where any advertisement involves any patented product or patented process, the patent number and patent category shall be indicated.

Below picture of the package of a product gives a correct example: In summary, advertisers should be very careful about “absolute” terms, licensing information, and patent information in their advertisements. Of course, if your product has indeed been awarded a certain prize and the name of which contains some absolute terms, such advertisements will not be considered false as long as you describe the prize truthfully and completely (including the dates that may be mentioned in the name of the prize).

If you are seeking to publish an advertisement but are not sure whether it is consistent with PRC Advertisement Law, please feel free to contact DaWo’s lawyers. We are ready to help you at your convenience.